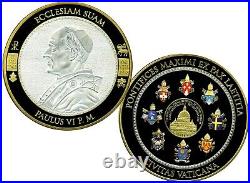 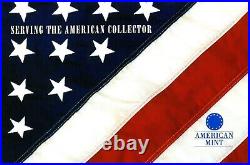 Born in Italy in 1897, Giovanni Battista Enrico Antonio Maria Montini served as leader of the Catholic Church from 1963 to 1978. Choosing the title Pope Paul VI, Montini's pontificate was marked by a return to the mission of spreading the message of Christ by opening dialogue with others around the world.

An important aspect of Paul VI's reign was the re-convocation of the Second Vatican Council, which had been started by his predecessor, Pope John XXIII. This item is in the category "Coins & Paper Money\Coins: US\Commemorative\Mixed Lots".2013" and is located in this country: US.