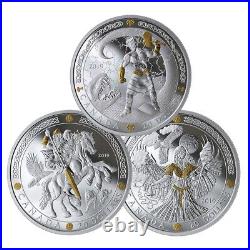 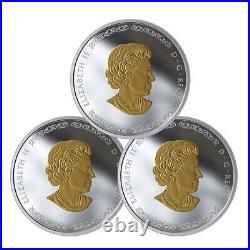 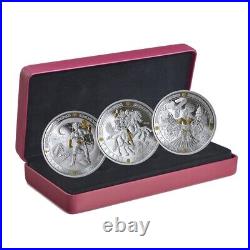 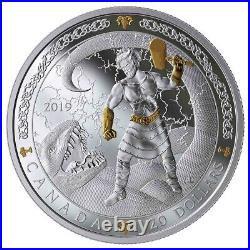 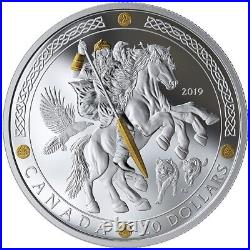 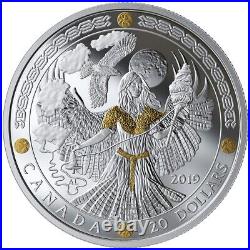 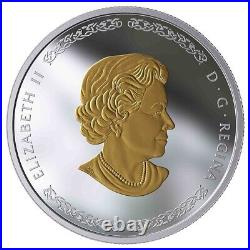 Norse mythology has influenced the way we tell stories and given rise to everyday words, including some days of the week - Wednesday for Odin, Thursday for Thor and Friday for Freya. The Norse gods and giants are even part of Canada's multicultural heritage: they're the folk heroes of Scandinavian Canadians who made their home all over Canada, in places such as Gimli, Manitoba, a community named for the heavenly hall of the righteous after Ragnarök. First of three coins dedicated to powerful Norse gods. The son of Odin and Jord, Thor is the ultimate Norse warrior.

His courage and brawn make him the ideal defender of Asgard, one of the nine worlds. Clad in the finest clothing and armour of the Viking era, the Norse god of thunder stands with his hammer raised, ready to strike the coiled serpent.

Selective gold plating highlights Thor's hammer (Mjöllnir), iron gloves (Járngreipr) and belt (Megingjörð). Father of Thor and husband of Frigg, war-god Odin is the second of three Norse Gods featured in this series, which explores Norse mythology and beliefs during Canada's Viking Age c. The reverse image finds Odin on his eight-legged horse, Sleipnir. One of Odin's raven informants, Huginn ("Thought"), is perched on his shoulder while the other, Muninn ("Memory"), flies alongside him. His two wolf companions, Geri and Freki, also accompany him.

Selective gold plating highlights Odin's helmet, arm guard and infallible spear (Gungnir), as well as two different emblems associated with the Norse god of war and wisdom: the Valknut ("knot of the fallen") and the Triple Horn of Odin. Our Norse Gods trilogy ends with Frigg, Odin's "beloved" and mother of Baldr, and the inspiration for the English word Friday.

A practitioner of Norse magic (seiðr), the Queen of the Æsir is the only other being who may sit upon Odin's high seat (Hliðskjálf) and look out at the cosmos. The goddess of family and fertility weaves the clouds and spins our fates. She knows the destiny of every being, but she will never reveal it. Frigg wears a coat of falcon feathers that allows her to take to the sky - a feature that is highlighted in this selectively gold- plated tribute. Deluxe Presentation Box, Black Outer Sleeve, Mint Capsules, COA.

Please contact me for alternative arrangements. Please be aware of your local regulations prior to ordering.

I'm here to answer any questions you might have. This item is in the category "Coins & Paper Money\Coins: Canada\Commemorative". The seller is "orioncoins" and is located in this country: CA. This item can be shipped worldwide.